East Coast Artist, Destiny Manifest pays homage to her Female Fans in her new single, “Opulence” (You Own It)

Destiny Manifest stands to be one of the most groundbreaking rap artists of her time. Destiny, also known as Destiny Cannaday was born and raised on the Northside of Columbus, Ohio, to a single mother (and a father incarcerated in a federal penitentiary). Fresh off the release of her “Cuffin SZN” EP, her latest track “Opulence (You own it)” is an homage to beautiful women living lavishly.

Destiny’s passion for music begins very early on. At the age of nine, she began writing poetry and soon after turned the poems into rhymes. The teenaged Destiny becomes a part of a band lead by Foley (Miles Davis’ former lead bassist) and begins to tour the country.

As a member of Foley’s band gave her an opportunity to perform with several critically acclaimed musicians and sharpened her chops. She moved to New York City at the tender age of 18, took a small hiatus to focus on life (and everything that comes with it)–however never lost her passion for music or the culture of Hip Hop!

Since 2018, Destiny Manifest has independently released three well-received albums and continues to be a musical force to reckon with. Her captivating narratives, honesty, bravado, and unwillingness to compromise creativity or integrity is what sets her apart. Be sure to connect with Destiny on social media and digital music platforms.

Midwest Rapper, SFE Tav releases his latest single, “Why Would I Leave You Alone?”

Tavien Williams, known professionally as “SFE Tav” is an American rapper/singer from Dayton, Ohio. His latest single “Why Would I Leave You Alone?” has already seen 50k plays on Soundcloud and 15k plays on Spotify. This multi-talented artist is a basketball aficionado when he isn’t busy cooking up a hit.

“You don’t need anything to be happy. Disappointment comes from desires and comparisons, get rid of those, and try to realize opinions outside your own are irrelevant. Be comfortable, be yourself.” – SFE Tav

SFE Tav has only been making music these past few months and has also already gained a social media buzz. The music video for “Why Would I Leave You Alone?” is set to premiere on World Star in February of 2020, and was filmed in Orlando mid-January. There is an inside access highlight available on SFE Tav’s Instagram! Be sure to connect with him on all social media and digital music platforms.

Hip-Hop artist, Groovy Hoovy is from a suburb near the City of Cleveland, Ohio. Hoovy grew up listening to rock bands such as; Pink Floyd, Red Hot Chili Peppers, and Sublime. Also, he listens to the major hip-hop influencers like Eminem, 50 Cent, Snoop Dogg, and Wiz Khalifa. 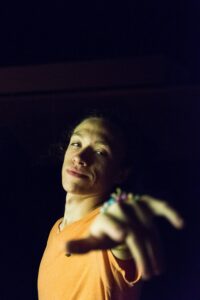 Being a fan of all types of music, Hoovy found his love in the production of hip-hop in late 2016, just before he graduated high school. In 2017, Groovy Hoovy begins to pursue a career in the music industry and attends Tri-C to obtain a music production degree.
At the age of 18, Hoovy starts producing tracks and releases them. Although Groovy Hoovy has been making music that long, projects like “Hip to the Hop”, “Kraken (Remastered)” and “Bitches Bunnies and Bongs” makes a statement.

While attending school for music production, Hoovy performs at local venues within the Cleveland area. With a full studio set up in his home, it allows him to record music for his brand. Also, it will help other local artists in the area do the same. Groovy Hoovy’s goal is to create a new sound in his music, giving the listener a look at life from his perspective.
With hopes to grow and evolve, Groovy Hoovy looks at the future as promising and is looking to learn along the way. His latest compilation EP is filled with 5 tracks of dopey music. Tracks like “Call me Right Back Girl” is an ode to that random girl that he wants to just kick it. There is a message in the “Winter City Blues” EP about the senseless gun shootings and other topics.
Be sure to press play and connect with Hoovy on all social media connects.
CONNECT ON SOCIAL MEDIA:
TWITTER
Instagram
SNAPCHAT
FaceBook: Nick Hoover
STREAMS:
Sound Cloud: Groovy Hoovy
Spotify,
Apple Music,
iTunes: Groovy Hoovy
Band Camp: Groovy Hoovy
YouTube: Groovy Hoovy

Growing up in a small town in Northeastern Pa, “Ak Baby” has quickly made her mark on the underground rap scene.  Her Official Single “No Name” was produced by Goyard Gawd and is quickly becoming notice by socialites and DJs.

AK Baby has a young energetic flow and simply a fun sound that young teenagers gravitate to. The 20-year-old Easton native has spent days and nights in the studio perfecting her craft. You may find her rapping over the majority of upbeat trap beats produced by “Goyard Gawd”.

Overall, AK Baby’s following and responses to her music have been numerous. Even though, she has only released three music videos, artists like Squidnice, and A$ap Mob have welcomed her in the game with open arms. Each video, such as “81 Barz” are reaching good numbers and uber feedback.

As an active artist on the social media circuit, she accumulates new fans and supporters daily.

AK Baby is establishing herself and showcasing her fun hardworking personality on all social media outlets. She remains focused and knows that interacting daily with her followers- is a plus.  In such a short time,  AK Baby has been booked for paid performances and features. .This East Coast artist is moving in her own lane and is someone to watch to break the non-existent female rapper barrier.

“No Name” is available on all major digital outlets, such as; iTunes and streaming services like Spotify. Make sure to connect with AK on all social media outlets and say “Hello”. 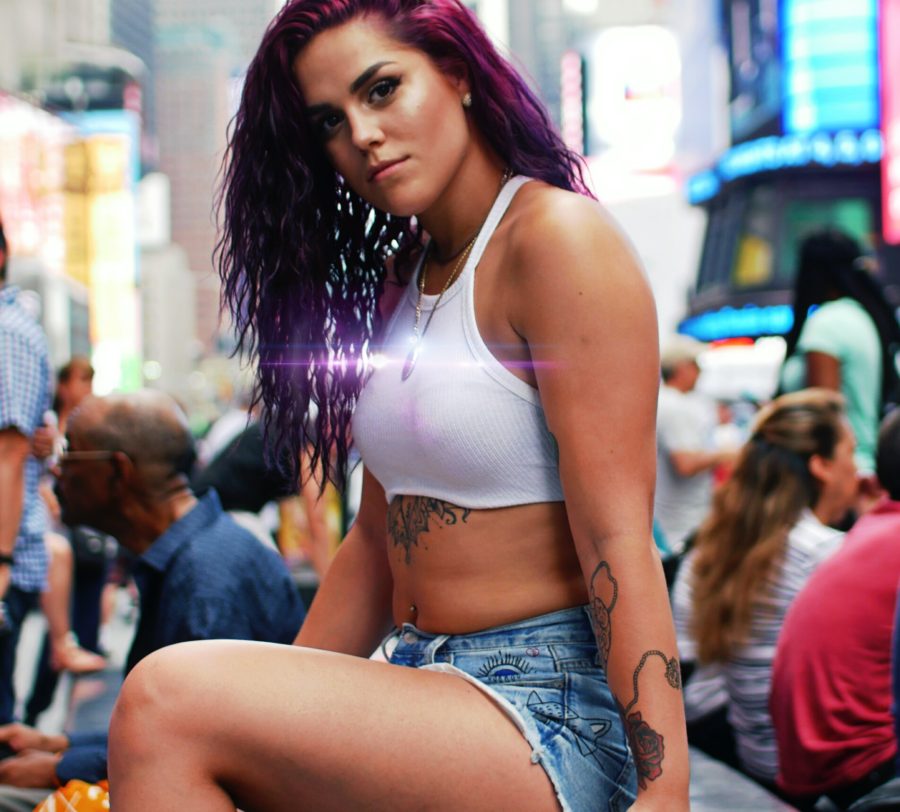