Nyke Ness is the new kid from Maryland looking to set a new bar -made by DMV talent. The Dopamean Music Entertainment artist is making a statement on the East Coast and has yet to disappoint. The truth is “Nothing ever came without work – Nothing ever happens behind fear. It’s life, just live your dream.” 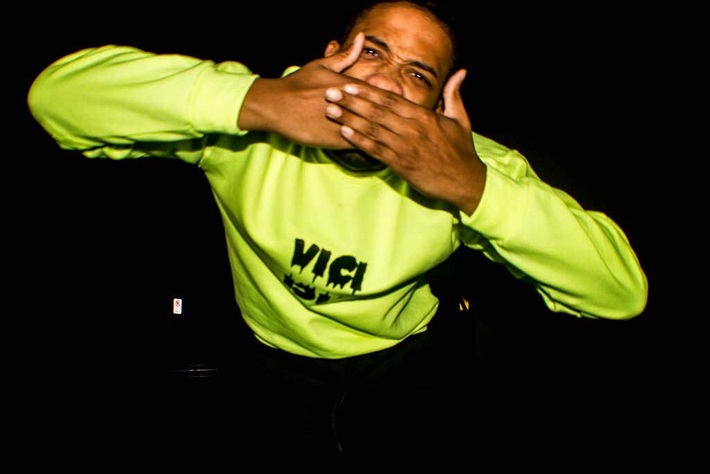 Recently, Nyke Ness put his playful bars to the test on his latest single, “Vicious.” The single features Manny Wave and If you haven’t pressed that link for Nyke -Go now and JUST DO IT!

Be sure to connect with Nyke Ness on all social media and digital music platforms. He’ll be coming to an ear canal near you.

N.S has Fans anticipating the release of his forthcoming album, “Expressions”

Wisconsin native, N.S (Noble Savage) was born in Santa Rosa, California. The multi-talented artist relocated to the Midwest and resides in Racine. N.S is no stranger to melodic sounds and has been making music from the time he could speak and hold an opinion of it.

The Nobel Savage aims to give each listener an unforgettable experience while he musically paints a picture with his words. N.S has a humble spirit when it comes to appreciating his fans. He hopes to gain many more with his upcoming music. Additionally, N.S wants us to be on the lookout for his new forthcoming album “Expressions.” This body of work will appear on all digital music platforms like Soundcloud, Spotify, and iTunes.

Be sure to connect with N.S on most social media platforms and the digital music platforms that carry his current single.

DJ Greenguy was once signed to a subsidiary label of Sony named Mad Flavor Entertainment as his alias name Kwin MD. In 2001, DJ Greenguy, then known as Kwin MD moved from Virginia back to his hometown Philly. At that time,  he decided to leave Mad Flavor Entertainment and got together with Omega Redd and Va’Les to start the Self Owned Artist movement. Self Owned Artists is abbreviated as S.O.A.z and this is the name they used to release several mixtapes and singles.

The Life of Tupac Shakur told by his real close friends and the ones who have not seen any films about Tupac before. In this movie, the cast goes on to find out- if the rumors of Tupac being alive or not- is a must watch for every real Tupac fan. Directed for once by DJ King Assassin, who actually knew Tupac, even before he broke into superstardom. From past singers, who sang on Tupac’s albums to top producers you never knew who Makaveli-The Don Tupac has worked with.

Just recently, DJ Greenguy released a song with Bossolo and Reime Schemes called “Hands Up Don’t Shoot.” The song will be featured on the upcoming film “Makaveli” Movie soundtrack.

Dwayne “Muffla” Simon is one of the original pioneers of hip hop. In fact, Muffla” is the man responsible for lacing hip-hop with his special sauce by writing, producing and arranging super hits for artists such as LL Cool J, Run DMC, and Ice Cube. As one of the originators behind the L.A. Posse, he was one of the main ingredients of a multi-platinum American hip hop record production team.

He ‘retired’ from the music industry for a while and began coaching high school football in the Antelope Valley (outside of Los Angeles.) A true champ in all his endeavors, last year he led the High Desert Phoenix Semi-Pro Football Team, located in Antelope Valley/High Desert to a 2017 PCFC Championship as their General Manager.

As Simon confidently states, “The goal was to make sure each joint checked all the boxes, longevity, potential, the nod factor, C-walkability, ‘unfuckwitable’ bars and lyrics – you know … the formula!”

“Suspicious Packages” is destined to be a true classic. Take a listen above!

ATR is presenting to the world a collection of 22 tracks of his debut “Igloos On My Beach” (reloaded) 11:11. The songs are unique and display his wide range of musical skills. A recent interview on Hip Hops Revivals site (hiphopsrevival.com). It discusses his sophomore album,”Igloos On My Beach” (reloaded) 11:11. The EP is classified as head bob music and has received over 80K for impressions on Twitter in its first-week release. This album will take you through all the seasons from fall to summer.

ATR embodies what perseverance is. He exemplifies what it means to be “steadfastness in doing something despite difficulty or delay in achieving success.” ATR is persistent, has tenacity, determination, and the musical talent to have staying power in this talent-filled music industry. He has displayed continued effort to catch the “wave” he once had with 3 million votes and two top-rated songs on BET.com Ya Heard.

“A million people will like my music and a million won’t. Hopefully, some of the millions that like it, are decision makers.”

With ATR’s deep roots in music derive from his dad and uncles (Brotherly Love) who graced the 1972 Billboard charts with their #16 hit record “Momma’s Little Baby Love Lovin.” ATR’s music has a multi-regional feel by being born in Oklahoma City, growing up in Los Angeles, spending time in Brooklyn, New York absorbing the hip-hop culture and living in the Twin Cities of Minnesota. The competition of trying to surpass my family’s Billboard Charting mark of #16 continues to drive me as an artist. The legacy of the “Jackson” name itself makes ATR want to thrive and bring it back to international prominence.

Who is ATR, really?

In the early part of his career, James “Popeye” Greer; who managed Mint Condition’s first two gold albums, guided him on the right path with mentorship. ATR has performed internationally in Cancun, Mexico at the Baja Club, along with his last performance in Queens, New York at a Power 105.1 “Artist Showcase.” Also, he appeared on MTV Overdrive when he opened up for MTV Overdrive’s host Krishnar at Universal City’s BB Kings.

Although ATR’s passion is music, he enjoys giving back to the community by working with at-risk youth. He became a “custodial guardian, ” in order for this African-American teenager to finish his education. He didn’t want this young man to move back into a gang-infested area on the west side of Chicago. ATR started an educational program titled R.E.A.L (Reaching Every Academic Level) which is for students who struggle academically or socially. This entertainer has had the opportunity to captivate many teenage audiences with performances across the Twin Cities of Minnesota, with his ties to education and inspiring youth. ATR symbolizes what a person who comes from “the struggle” can do if they persevere in life.

ATR’s music is making its way across the world wide web including the singles, “I Know Better” and “Close.” Currently, it is in rotation on various platforms like; Dj Nothin Nice radio and Dj Show’s Plan-A- radio based in Los Angeles, CA.  The “Drinks In The Air” video has appeared on TheCool TV 30 times. Also, it has been viewed in over 500,000 viewers’ homes across the United States. 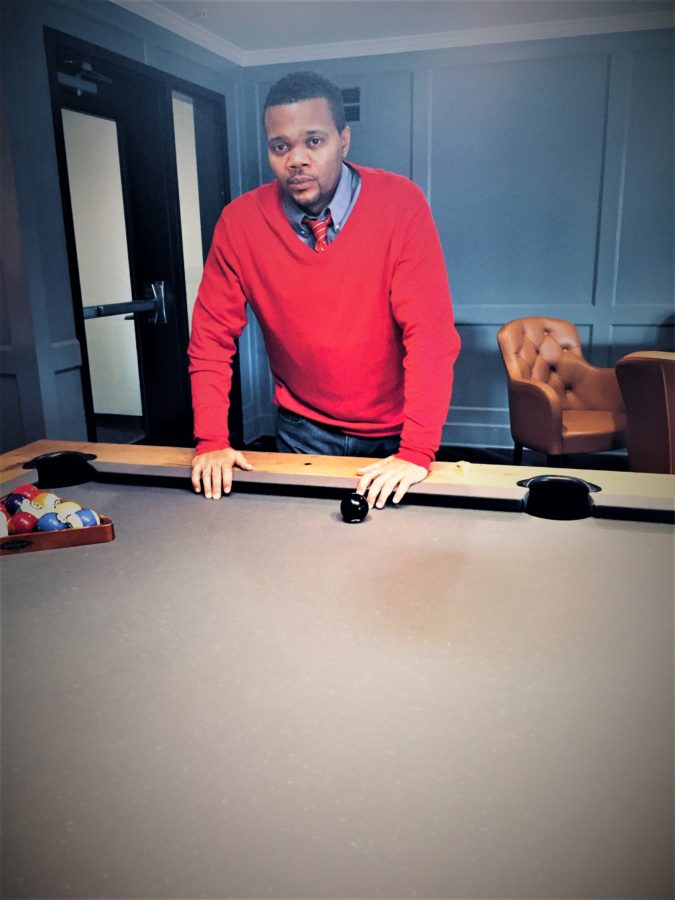 Listen to “IGLOOS ON MY BEACH” HERE

Connie Lodge Interviews “Sincere Show” from Love and Hip Hop Hollywood. He explains why he has to be an ass hole at times, and his never told before story about his childhood. Sincere shows a totally different side of himself outside of the Vh1 reality show.
Check out his new single “Not On Forbes“…
Follow him on
http://www.sincereshow.com
twitter – @Sincereshow
Instagram– @Sincereshow
Sound Cloud – Sincere Show
Youtube– Sincere Show
twitter- @connie93

“Sincere Show” one of reality TV’s most outspoken and buzzed about stars on VH1’s hit show Love & Hip Hop: Hollywood everyMonday night, shows his new fans his undeniable talent for music too. Hollywood’s Promoter of the Year dips back into his love for Hip-Hop and R&B with a new visual “Not On Forbes.” The single reveals Sincere’s knack for creative lyrics while showcasing his stellar vocals in a preview of what’s to come on his upcoming mixtape titled “The Show Will be Televised” and EP “Welcome to the Show,” expected to drop in early 2015.

“This video is just another dimension of ‘The Show.’ People are so used to the party guy that I wanted to show another side of me with this project. I’m an artist and I wanted to paint a picture…that’s what I did with this song. Everything is a piece of art,” explains