The ATif believes in resonating with a niche. As a dedicated MJ Rock Tribute Artist- The @if garnered worldwide attention by his full-length MJ Rock Tribute Compilations. He unwrapped the Magical Jackson aura beyond the pop genre- he understood the depth of Michael’s compositions and acquired them with classic rock production gloss. Spreading a new essence and embarking on the vibe that Jackson once encapsulated. His admiration for Freddie Mercury, The Doors and Guns n Roses made him a real disciple of the classic rock era- where music could stand alone on its own without video and gimmickry. His songwriting is about untouched themes and groovy pieces- enabling the range, variety, and depth of his vocal skills beyond frequently fusing the nuances of rap. Feel the pulse of originality along with intuitive compositions that push the envelope- both in stylistic and technical terms. There is a swagger of joy with an occasional touch of darkness- angry, sentimental and even comic.

Based in Queens, NY, The ATif formed in one of the world’s most amazing music scenes, and they have a huge range of influences! ATif came up with their unique sound by combining their pure rock roots, with many exciting melodies and memorable hooks. On the one hand, The @if’s music keeps the authentic spirit of real rock music alive, but on the other, the band is always happy to experiment and expand their musical vocabulary with new, exciting tones. One of the most impressive features of this release is the punch of the production and the integrity behind the artist’s vision. The music sounds deep and direct, with huge melodies and even bigger soundscapes, adding so much depth to the mix.

The ATif’s sound can be rough and energetic, yet at the same time, very positive and easy to relate to. The organic textures of their instrumentals, as well as the presence of the vocals, really take the music someplace else, giving every song a characterful twist and a huge soundscape. This is alternative rock music at its finest, and the band’s no-frills approach enhances the listening experience.

The band has a special story, and their journey took a boost when the band first came to enjoy some notoriety with their unique version of Michael Jackson’s Billie Jean, which was recorded as a rock tribute upon the artist’s passing. It didn’t take long for the band to reach a broader audience, and as a result, they were able to boost their reputation with many other cover songs. Their music is fun, dynamic, and easy to relate to, connecting with people from all walks of life!

With their music, the band aims to bring some good vibes to the audience, and share their passion with people all over the world. 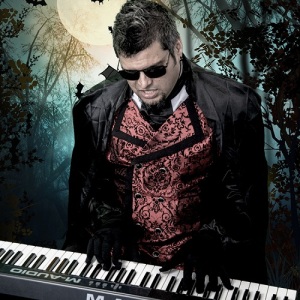