Philadelphia, PA native, Dyl is a rapper best known for his 2015 Platinum hit single “Jordan Belfort” with Wes Walker. Dyl spent 2 years touring with Walker from 2015-2017 and visited over 60 venues nationwide to perform their hit single. After his success with “Jordan Belfort” Dyl spent several years in New Orleans, focused on his education at Tulane University, as well as developing his vocal sound, flows, and production quality. As of 2019, Jordan Belfort has over 100M streams on Spotify and Apple Music, as well as 29M views on Youtube. Recently, he announced his upcoming 2019 album and has managed to generate significant buzz surrounding the release. 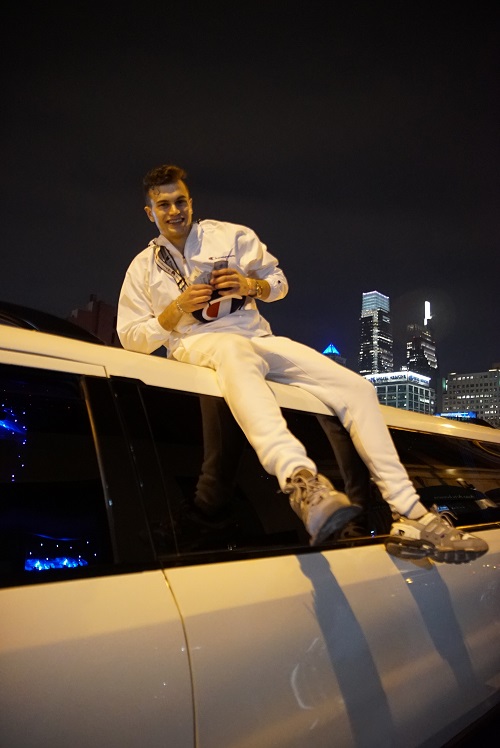 Dyl’s music is known for a diverse range of styles and melodic, catchy flows. Dyl is a skilled sound engineer who does his own vocal mix and master. Several of Dyl’s previously released tracks are on the rise – including “Hey Whatsup Hello” – in part thanks to the “#DYLUMINATI” – his mysterious and quickly growing army of loyal fans. Dyl is the life of the party as he performs live in the video for “Hey Whatsup Hello”. In this catchy and upbeat track, Dyl raps about his experience and success touring as a rapper, showing that he’s the real deal with some truly epic visuals.

The video features a packed show at NOTO Nightclub in Philadelphia, featuring a very fitting cameo from Wes Walker (@ogweswalker), his partner on the Jordan Belfort track. The video is executive produced and directed by Dyl himself and boasts impressive content, production quality, and editing in Dyl’s first ever music video production. Dyl’s new album is dropping in May 2019 and captures his unique perspective and lifestyle through a sound that is relevant and appealing to a new generation of music fans.