Jalen McMillan shares his new song “Cash Talk” and fans are loving it!

“Cash Talk” which was previously leaked by a few McMillan fan pages already has 1 million plays on Jalen’s SoundCloud within the first day of uploading & it only seems to be getting more & more traction via blogs & other YouTube & Spotify playlists.

and Stream “Cash Talk” on his SoundCloud – https://soundcloud.com/jalenmcmillan/jalen-mcmillan-cash-talk

Midwest Artist, KINGSAVY releases the audiovisual to his Single, “Dance The Night Away”

Independent rapper, Kingsavy is back with another classic from the forthcoming tape” American Dream.” The Milwaukee native is no stranger to the industry. His music library consists of songs like “Get Turnt” and “I Made It.”

The track “Dance the Night Away”-produced by Askaree Beats-has a very unique sound that gives the audience a new taste in the music culture.

The track itself makes you feel like you’re in a club already that just gets you moving an keeping the listener in tune as the hook gives you a nice vibe. Be on the lookout for Kingsavy, the next big thing to step on the scene on a major scale, bringing a new style to the industry.

Be sure to connect with KingSavy on social media and digital music platforms.

Check out Rubi Rose’s latest single “Hit Yo Dance” that features Yella Beezy and NLE Choppa. The song was produced by Romano, Hitmaka and OG Parker.

American singer and songwriter, Tommy Swisher is the new and bright light shining on alternative music. He brings a refreshing new sound by fusing genres such as; Pop, Soul, Hip-Hop, Grunge, and EDM. Raised in East St Louis, Illinois, Swisher embarked on his musical career starting writing at 10 years old.

At the age of 14, Tommy moved to Atlanta with his mom and two brothers. This is where he begins recording and performing under the stage name Tommy Swisher. In 2015, he released a mixtape that garnered local attention and led to him being managed by Defient- the partner company of T.I’s Grand Hustle. This partnership ended on February 3, 2016.

This past March, his video premiered on BET Jams titled “Isolate” that was put together with Red Bull, that featured himself, JK The Reaper, and Marcus Dash. He’s collaborated with several prominent artists in the music industry, including WhatSoNot, B.O.B, Quentin Miller, and Sonny Digital. This proves that Tommy is establishing himself in all facets of music and proves that his sound is authentic.

Tommy isn’t your average pop-star. He is releasing his upcoming project that will combine the underground and mainstream bridge. The 8 track project “I just want to be Happy” will release on December 6th, 2019 on all digital music platforms. The video shoot for this project will take place in Tommy’s favorite city -Dubai in the United Arab Emirates.

The single, “Snow” was written about a girl who spiraled out of control on drugs. Tommy felt responsible for it. He links up with Kodie Shane to add a verse to the song. Be sure to follow Tommy Swisher on all social media and digital music platforms.

Southern Hip-hop artist, Teejaye is a 28-year-old native of Hammond Louisiana. The city of Hammond has never had any mainstream success in over 40 years. With influences such as Boosie, Kevin Gates, and Jay Z, TeeJaye is working extra hard to put his city on the map.

TeeJaye’s music reflects on his tumultuous life as a teenager. “One of the most sincere forms of respect is [actually] listening to what another has to say.” The one that experiences his music will hear pain, loyalty, and betrayal throughout the lyrics. He is most definitely one of a kind and it shows with his hustle, ambition, and work ethic. Next year’s quarter is going to set the industry ablaze with his unique tone and melodies. TeeJaye is certainly a standout among others.

Be sure to connect with TeeJaye on social media and digital music platforms. 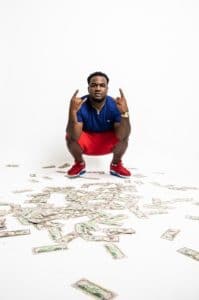 California Artist, AseCard teams up with Jon Dough and Rocstar 1.11 on his latest single, “Wave In The Desert”

Popular NorCal artists AseCard, Jon Dough, and Rocstar drop a vibrant visual to their high bass banger, “Wave In The Desert”. Catchy, real-life lyrics over a speaker pounding instrumental is the perfect combination and inspiration for this video that is sure to please all ways to Sunday.

Swag On Auto-Pilot = S.O.A.P.! Brandon Martell Jones, otherwise known to the masses under the moniker ”’Ase Card”’, is an unsigned rapper and songwriter hailing from the Bay Area, Fairfield, California, popularized by his energetic and passionate flow and his distinct connection to his fans on both an urban and political standpoint.

Basing his music of past struggles, life, and overall opinions on the world and its social climate, Card has never been one to hold his tongue, furthering intriguing listeners to gravitate towards his music, and image in general. Additional alleys Ase Card has successfully pursued include poetry, dance choreography, acting, producing and record engineering;-all along making it look seemingly effortless.

Conclusively, Ase Card is the future, and a definitive force to move the industry in a positive direction with music, modeling, and acting that is sure to be embraced by millions of people around the world. Check out the wave.

Atlanta’s very own, Drills is Eyein’F Entertainment’s CEO and your favorite rapper. Born and raised in Brooklyn, NY, this talented rapper, producer, and businessman decided he was not fulfilled with the corporate world, although relatively successful. Drills simply walked away from the cushy lifestyle and decided to do what he loves. Drills knew that he was born to be in the industry since he was 13 years old. Drills’ goal is to leave the industry better than when he arrived.

“Music is extremely important and powerful. It should be approached with respect and knowledge of that fact. Music is not to be used as a get rich quick scheme. If done correctly, it’s an avenue to immortality for the artist and an enriched legacy left for those who will soon follow. My reign is unknown but my music’s respected. My legacy, uh…music perfected.” -Drills

Drills approaches music with that in mind.